‘Dune’ is one of the best selling science fiction novels of all time with over 20 million copies sold in a dozen languages. It was made into a feature film in 1984 by director David Lynch (‘The Elephant Man’, ‘Eraserhead’) and a Syfy television miniseries in 2000. Denis Villeneuve (‘Arrival’, ‘Sicario’) has directed a new big screen adaptation of ‘Dune’ and is one of the most anticipated sci-fi films in recent memory.

Since I was a kid, I have been fascinated by the future of transportation. One of the compelling aspects of science fiction is the speculation of new technology to move people and goods. Frank Herbert’s ‘Dune’ has some of the most innovative vehicle tech in the genre. What is the ornithopter? What is the carryall or the spice harvester? Let’s take a detailed look at the transport vehicles of the far future in Frank Herbert’s ‘Dune.’

Herbert created a desert planet so detailed it rivals the best world-building of any genre. The planet Arrakis, commonly referred to as Dune, is completely covered in desert. A human cannot survive in the open without the life-saving stillsuit, which captures and recycles the body’s own moisture. Arrakis is the only planet in the universe where the addictive spice melange is found. When taken in large dosages, the spice gives a person the ability to see into the future, and also provides the means of interstellar travel.

Arrakis is a world so inhospitable, advanced machinery and equipment is required to sustain any human population. The desert craft of ‘Dune’ were designed to provide safe, efficient human transportation, but they were also built to enable the harvesting of the precious resource, the spice melange.

In Herbert’s ‘Dune,’ the spice melange is the most valuable resource in the universe. Arrakis, also known as Dune, is the only source of melange commonly known as “the spice”. The Great House which controls spice production possesses immense wealth and power, but spice harvesting is extremely dangerous due to the enormous, predatory sandworms. These monsters are known to be more than 400 yards long in the deep desert.

Sandworms are attracted to rythmic sound from miles away. They will attack any sound patterns on the desert surface. This means spice harvesting must be done in short, efficient bursts, under the constant threat of worm attacks. Harvesting equipment must be able to drop-in, gather spice quickly, and lift out of harm’s way. The vehicles of ‘Dune’ are designed just for this purpose.

An aircraft with beating wings has the advantage of hovering and flying like a helicopter. Herbert’s ‘thopter wings enable it to respond and adapt to the sudden, gale-force winds of the deep desert. The wings can fold back into a clean configuration, much like today’s swept-wing fighter designs, at which point it relies on jet boosters for maximum speed.

The spice harvester, also known as a harvester factory or factory crawler, is a massive ground vehicle about 120 yards long and 40 yards wide. It has a long, bug-like body set between wide, independent tracks. This heavy piece of equipment requires 20 to 25 workers to operate. It is lowered onto the desert surface, harvests the spice-rich sands, and then lifted to safety when a sandworm approaches.

Harvester factories are essentially mobile spice processing plants, both gathering and filtering the spice. Defensive energy shields exist in ‘Dune,’ however a shield cannot be used to protect a factory crawler because it would attract sandworms from many yards around. The energy from a shield will drive worms into a killing frenzy. So covert-strike harvesting is the safest strategy.

The factory crawler is delivered to spice-rich sands by a large aircraft called the carryall. This colossal ornithopter has enough power to lower and lift a crawler to and from the desert floor. The carryall provides the means to get in and out with as much spice as possible before a worm attack.

While the factory crawler is busy reaping the spice crop, who is keeping an eye out for sandworms? One of the critical components of the spice hunting group is the spotter control. This is a light ornithopter which patrols the harvesting area and is charged with watching for the threat of worms. As a worm approaches, spotter control signals to the carryall and the crawler to lift out to safety.

Herbert used these gigantic harvesting vehicles to demonstrate the staggering size and scale of the sandworms. This is depicted in an early scene from the book, in which a harvester factory crew narrowly escapes a worm attack. Duke Leto Atreides, along with his son Paul, is making his first inspection of spice operations. He makes a daring ornithopter rescue moments before a large worm closes in on an unsupported factory crawler. In a possible enemy sabotage, the attending carryall is nowhere to be found, so the Duke lands his ornithopter and barely evacuates the harvester crew in time.

As they lift away, the harvester factory is swallowed whole in the mouth of the sandworm. The threat of worms and the risks of spice harvesting are made shockingly clear in one gulp.

Frank Herbert’s imagination gives us world-building on a scale few books can match. The ornithopter and other spice hunting vehicles provide the machinery to advance this compelling drama. Herbert conceives transport tech that is both unique and practical. Denis Villeneve’s ornithopter design appears insectoid, much like a dragonfly, but stays loyal to most of Herbert’s descriptions in the novel.

‘Star Wars’, ‘Alien’, ‘Game of Thrones’ and other speculative works were heavily influenced by ‘Dune.’ When you consider the complex layers of the characters’ journey and look closely at the detail of ‘Dune’ technology, you can see why.

If creators of the past century have been influenced by science fiction, then perhaps ‘Dune’ could inspire the Richard Branson’s and Elon Musk’s of today.

Could an ornithopter be coming to a showroom near you? Like a voice from another world, I can hear Frank Herbert say, “Why not!”

6 thoughts on “What is the Ornithopter? The Spice Harvesting Tech of ‘Dune’”

My sorrow has no bounds…

When you realize we’re not going to have virtually any ornithopters in DUNE: PART TWO… but we *will* have way more sandworms:

Stil is the GOAT in the second half of #Dune.

Kara Kennedy @DuneScholar knows #Dune. She just published the first book that explores the Bene Gesserit’s control and influence from every angle. So excited to read it! Check out our interview with Dr. Kennedy earlier this year https://youtu.be/9z3_bjXp_gA 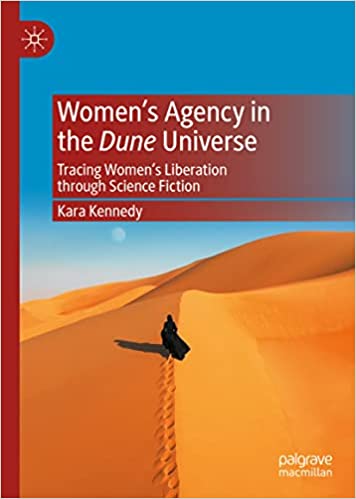 First Study of Women in the Dune Series in New Book by Palgrave https://www.prunderground.com/?p=252195 @DuneScholar 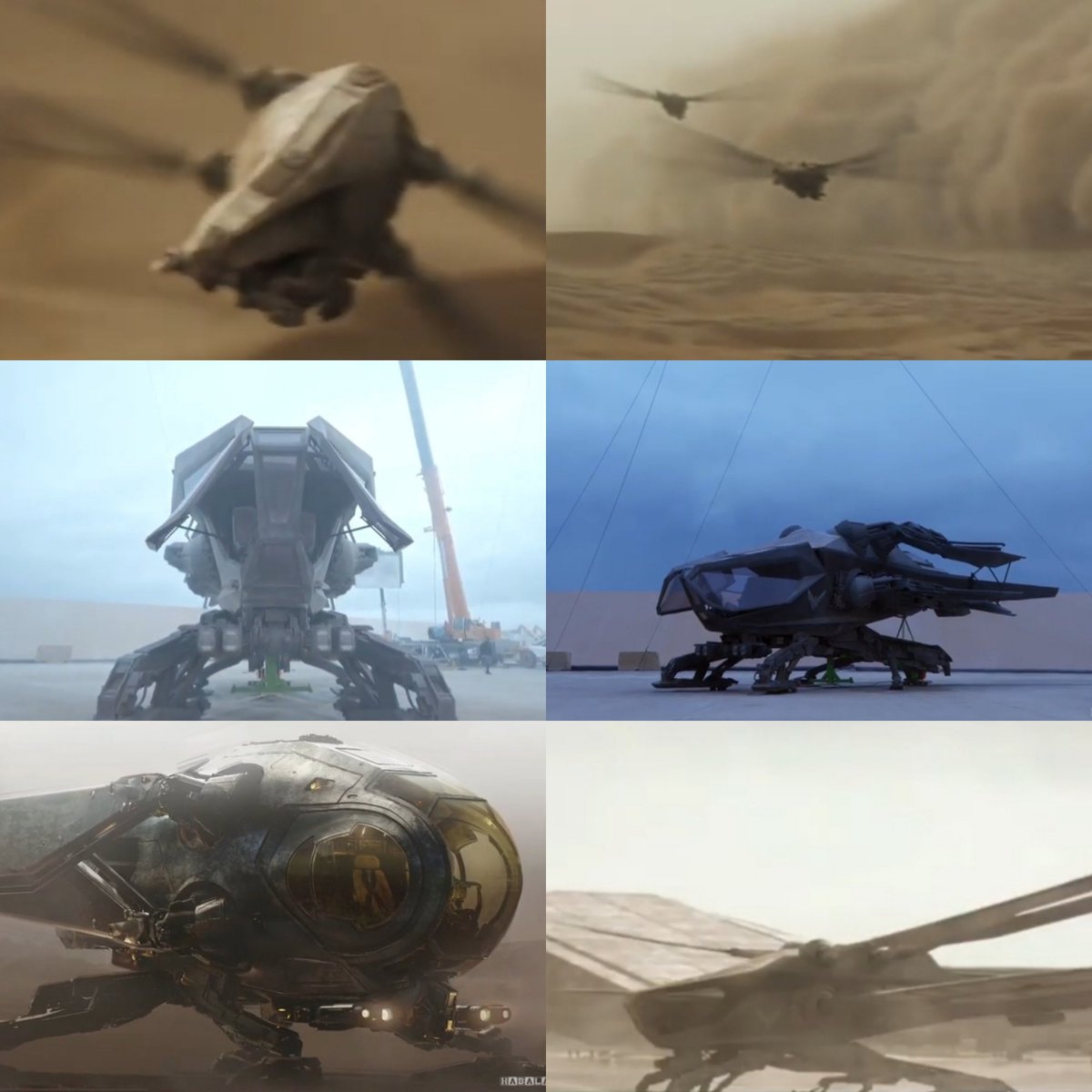 It's a #Dunemovie-ornithopter appreciation post.
There are ones on the ground and in flight, in the #OrigoStudios and in #WadiRum, there is Atreides-thopter and Harkonnen-thopter ...
#dune #ornithopter