Written by Frank Herbert in 1965, ‘Dune’ is heralded as one of the greatest novels in speculative fiction. It has sold upwards of 20 million copies and been printed in over a dozen languages.

Herbert wrote 5 bestselling sequels, it has been adapted into a movie, a TV miniseries and now a film by Denis Villeneuve (Arrival, Blade Runner 2049). If you haven’t read the book, you should join the millions who have. If you’re not familiar with ‘Dune,’ see my Simple Guide to ‘Dune.’

What is Arrakis? It is the formal name of the principal location of the story; the desert planet known as Dune. Let’s dive deeper into this meticulously-crafted, mysterious product of the imagination.

Throughout Herbert’s novel, the desert planet is referred to by both its formal and informal names. Interestingly, the author used the name Arrakis twice as often as its nickname, Dune.

In astronomical terms, Arrakis is a “terrestrial planet” because of its solid, rocky surface roughly similar to the desert and mountainous areas on Earth. Imagine a planet completely covered with the most extreme deserts you can imagine, such as the African Sahara or Chile’s Atacama Desert. I’m talking zero rain, here.

The story of ‘Dune’ is set many thousands of years in the future, but Arrakis is located in our own Milky Way galaxy. Arrakis is the third planet of Canopus, a star much larger and hotter than our sun. While the planet, Dune, is fictional, Canopus is very real and is the second-brightest star in all the heavens as seen from Earth.

Arrakis has two moons. The primary satellite, which rises first, has a curious human fist pattern on it’s surface. The second moon is marked by the visible design of a kangaroo mouse: a small, adapted creature of the deep desert of Arrakis. This little animal, named Muad’Dib, is admired by the native Fremen for its ability to survive in the open desert. As you can imagine, two waxing moons in the Dune night sky is a real advantage when traversing the dangerous desert in the cooler temperatures of the night.

Just like Earth, Arrakis is the third planet from its star and has a life-sustaining atmosphere. One major difference is its source of oxygen. Arrakis’s air consists of 23% oxygen, but the oxygen isn’t maintained by plant life. Fresh oxygen is a product of the native sandworm ecosystem. These enormous creatures, which can grow up to 400 meters long, maintain the oxygen concentration of the Dune atmosphere. I won’t go into it here, but Herbert explains this complex cycle in the novel’s appendices.

Arrakis has two small polar ice caps. Between these polar regions, temperatures range from -2 to 138 degrees Fahrenheit (-19 to 59 degrees Celsius). The tropical and middle latitudes of Arrakis have long growing seasons with temps ranging from 51 degrees F to 84 degrees F (11 to 29 degrees C), similar to most productive environments of Earth.

An extremely dry desert environment requires plenty of water to sustain human life. Herbert devised a technological marvel called the ‘stillsuit’ which recycles the body’s moisture to enable travel across the open desert. Surviving the deserts of Arrakis requires a stillsuit, which consists of full-body coverage including protective robes, face mask and nose plugs.

The surface of Arrakis is covered with millions of miles of desert sands, steep slopes and sharp rock outcroppings. Herbert describes the landscape in rich detail. The sand dunes are made up of material like boulders, pea gravel, flaked rock, pea sand, sand itself, grit, dust and gossamer powder.

When Paul Atreides and his mother, the Lady Jessica, crash-landed in the deep desert, they experienced just how deadly the Dune terrain can be.

As they negotiated miles of treacherous desert under the moonlight (of two moons) they were forced to into a rock fissure. As they carefully descended a steep sand slope inside the shadow of the narrow canyon, Jessica is completely swallowed by the sand. By suspending his panic response, Paul uses reason to locate his mother buried under the sand slide.

Water Once Flowed on Arrakis

It may come as a surprise that Arrakis wasn’t always an inhospitable desert planet. It is covered in massive dune seas with occasional rock canyons, escarpments, and salt pans.

If you paid any attention in your Junior High Earth Science class you’ll recall that salt pans mean there was once water.  A salt pan forms by evaporation of an ocean or lake. This can happen in a desert where the evaporation outpaces the rainfall.

So, Arrakis was once very different from the one we know in Herbert’s first novel–it was covered with bodies of water. If the atmospheric conditions existed for open water, then it’s possible there was significant plant and more diverse animal life. It’s possible that Arrakis was once a planet much like Earth.

Attack of the Dunes

Frank Herbert came up with the idea for ‘Dune’ in 1959, after visiting coastal Oregon to write an article on the sand dune stabilization programs that were run by the government during the 1950s. These programs were designed to prevent land erosion and farm devastation like that of the Great Plains Dust Bowl of the 1930s.

Herbert never finished the article, but he never abandoned his interest in the topic of soil conservation. His research into dunes became research into desert ecology and desert cultures. The author’s studies of our own world became the questions for an entire planet.

The Future of Arrakis

In 1959 Herbert asked, “Can the desert be transformed into productive land?” What if this question were applied to an entire planet? Herbert expanded this theme into a framework for a science fiction epic.

Is it possible for a desert world like Arrakis to be transformed into an Earth-like planet? Thousands of years in the future it is. Terra-forming on a grand scale is something Frank Herbert proposes in the story of ‘Dune.’ Could the face of Arrakis be changed from a planet of dunes into a thriving planet of lakes and forests? This is one of the compelling questions in the first Dune novel and throughout the series.

Arrakis is a world that sprang from the imagination, but it is rooted in the challenges and realities of our own planet. One of the many reasons ‘Dune’ continues to fascinate readers for over half a century.

4 thoughts on “What is Arrakis? A Planet Profile of ‘Dune’”

She’s on the first chapter. Should we tell her about Irulan?? 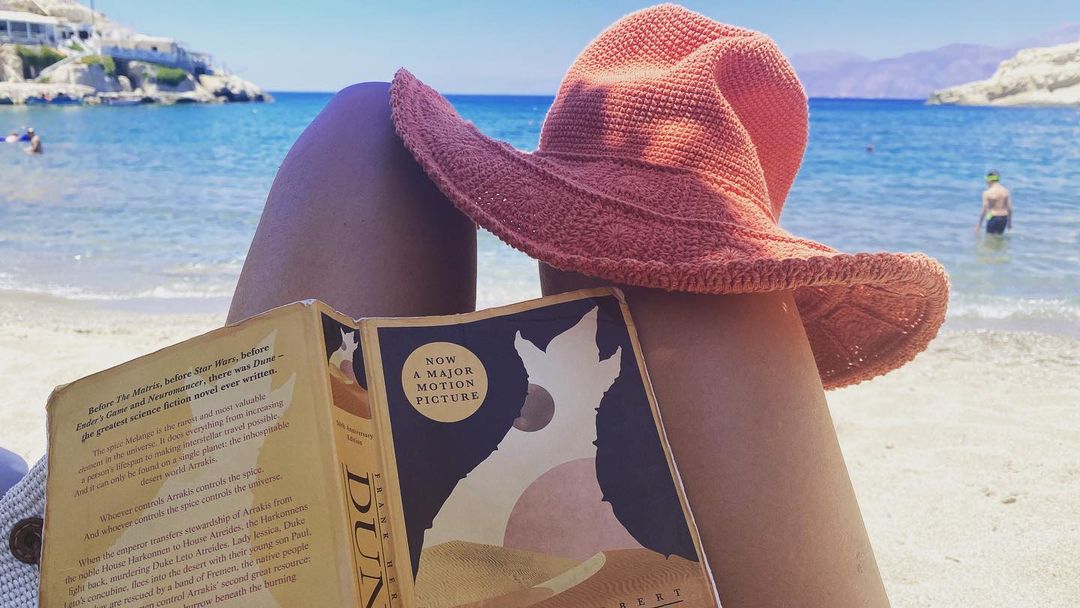 Watch on YouTube or listen via Apple Podcasts, Spotify, etc.

Zendaya present! The actress arrived in Budapest earlier this week, for filming of 'Dune: Part Two'.

We've only had glimpse of her as Chani so far, however "she’ll have a prominent part" in the second movie. 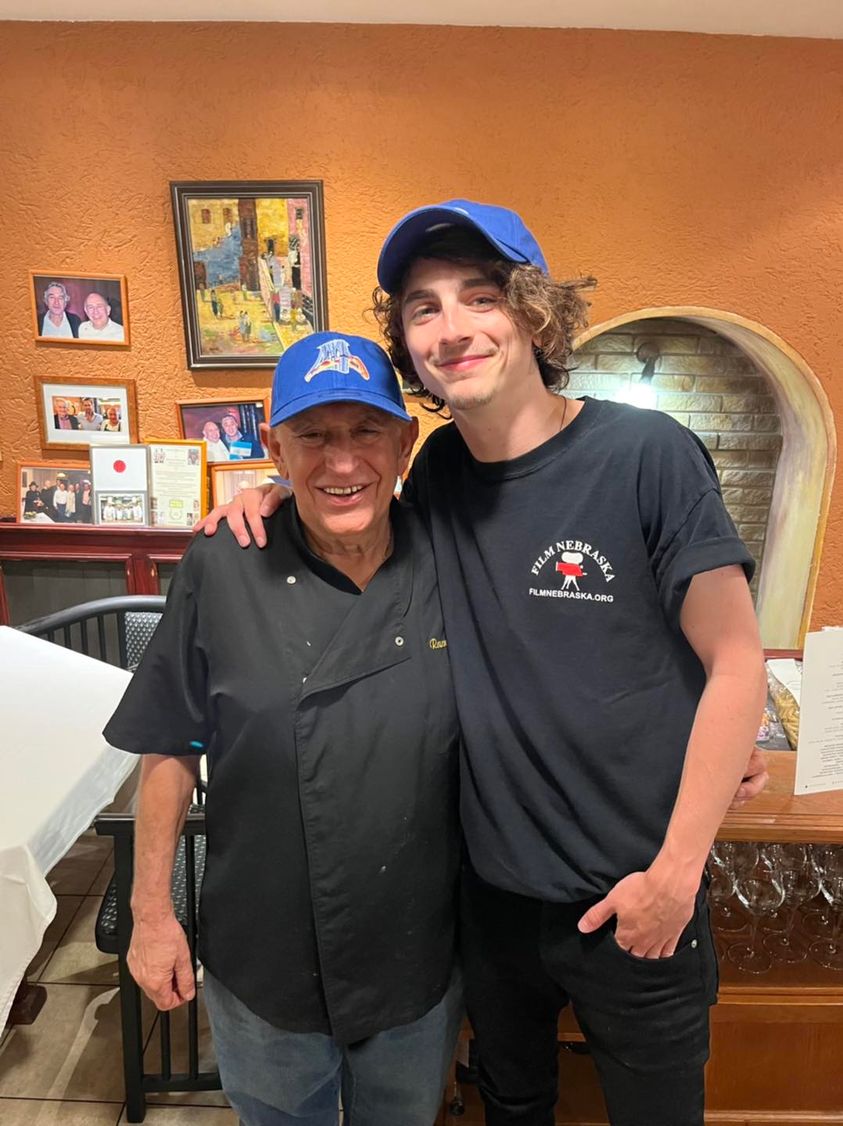 The star has arrived! Timothée Chalamet photographed at the Rosenstein Restaurant in Budapest.