Written by Frank Herbert in 1965, ‘Dune’ is heralded as one of the greatest novels in speculative fiction. It has sold upwards of 20 million copies and been printed in over a dozen languages. Herbert wrote 5 bestselling sequels, it has been adapted into a movie, a TV miniseries and now a film by Denis Villeneuve … Read more

‘Dune’ is one of the best selling science fiction novels of all time with over 20 million copies sold in a dozen languages. It was made into a feature film in 1984 by director David Lynch (‘The Elephant Man’, ‘Eraserhead’) and a Syfy television miniseries in 2000. Denis Villeneuve (‘Arrival’, ‘Sicario’) has directed a new … Read more

Watching the Dune theatrical trailer was more than I bargained for. Frank Herbert’s classic Dune is one of my favorite novels of any genre, so I was looking for signs that Denis Villeneuve’s movie will honor the enormously popular book. In 3 minutes and 7 seconds, I counted at least 10 indications that Villeneuve’s Dune … Read more

Paul and Jessica meet the Fremen in the 14th and final page of the 1989 #Dune comic by Dimitar Stoyanov, which ends pretty much where #DuneMovie does.

Originally in Bulgarian, which I've translated into English. 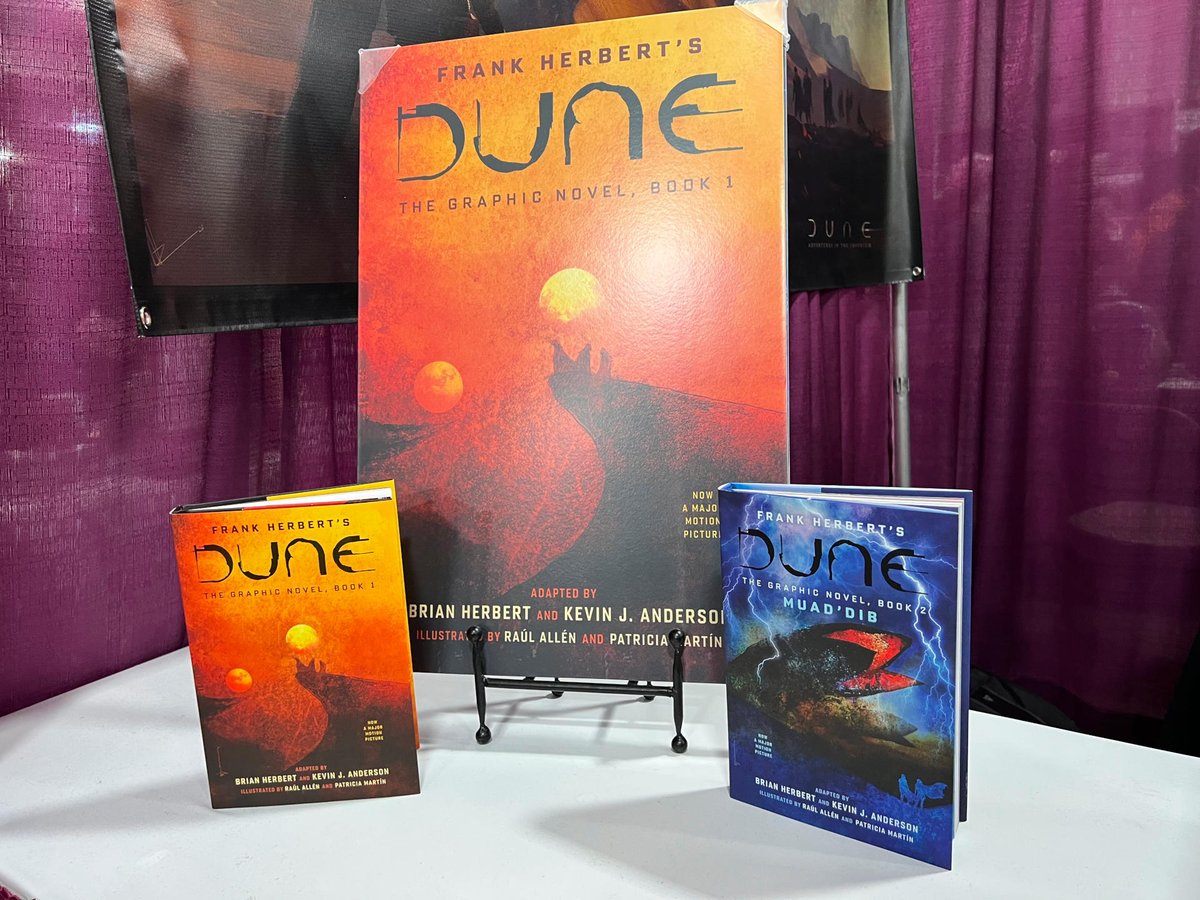